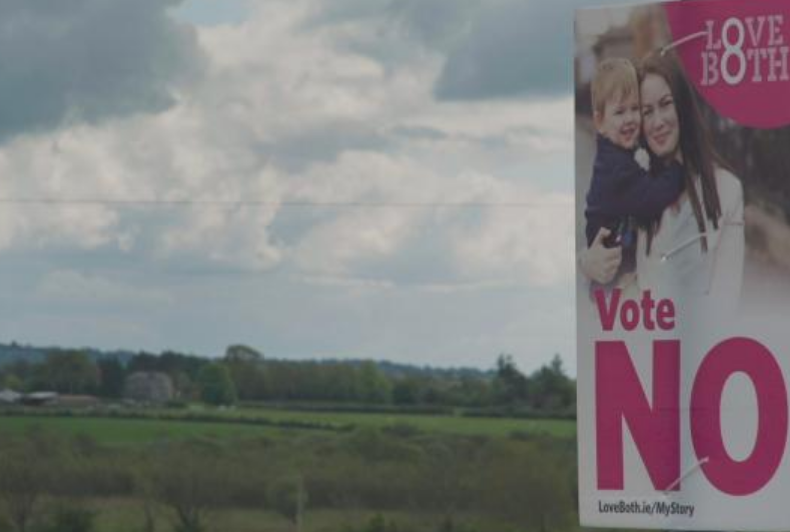 A story of grassroots activism engineering change in an era of global rollbacks on women’s bodily autonomy rights.

Capturing a crucial moment for women’s rights, The 8th tells the incredible story of how Ireland overturned one of the world’s most restrictive abortion laws. The film follows the fiercely passionate veteran campaigner Ailbhe Smyth and self-described “glitter-activist” Andrea Horan as they chart a bold strategy of grassroots activism and engineer the impossible. Over the course of a dramatic campaign for women’s reproductive autonomy, the dynamic female leaders of the pro-choice movement must radically shift tactics to carry a traditionally conservative electorate over the line. A vivid exploration of the wrenching failures that led to this defining moment in Irish history, the film chronicles a country’s transformation from a conservative state in thrall to the Catholic church to a more liberal secular society.

An urgent narrative, a cautionary tale and a roadmap for progressive reforms in a modern era where authoritarianism is on the rise, The 8th shows a country forging a new progressive path when reproductive rights are threatened all over the world. This extraordinary film delivers a lesson in the power of grassroots activism and amplifies the voices of women across all ages and backgrounds who refuse to stand down.

The screening will be followed by a roundtable discussion (in French) on “Abortion law in Luxembourg”.

In December 2014, Luxembourg adopted one of the most liberal laws in the world regulating abortions. A discussion with Christa Brömmel and Catherine Chéry from the “Si je veux – pour l’autodétermination de la femme” collective which ran a major awareness campaign for the decriminalisation of abortion and for women’s self-determination between 2009 and 2014.

“We’re so used to ‘burning issue’ documentaries sounding dire warnings in the face of calamity that it comes as a shock to find one telling an unmitigated story of triumph. […] [The] film is an informative, polished and bracingly upbeat production. […] While they focus on the Repeal activists, the film-makers also give space to arguments from the other side, which don’t always conform to expectation. […] one of the most insightful aspects of The 8th is precisely its emphasis on PR strategy, never taking it for granted that the Repeal cause speaks for itself, but showing how it needs to be carefully promoted so as to persuade the undecided middle ground of Irish voters. […] The story may have ended in cathartic closure for Ireland, but its example offers a potent message at a time when thirst for local and global change is mobilising new generations to a seismic degree.” Jonathan Romney, ScreenDaily, 7/07/2020

“Academic, feminist and human rights activist Ailbhe Smyth’s passion and charisma guide the viewers for most of the movie. Through her words and thoughts, we get to know the developments in the campaign and the tragedies caused by the absence of any clear – or safe – legislation. […] Smyth’s genuine fight for women’s rights is plain to see on screen and acts as a powerful link, capable of connecting the most diverse voices in feminism during a battle for freedom that goes beyond political affiliations and social constructs.” Davide Abbatescianni, Cineuropa, 8/07/2020